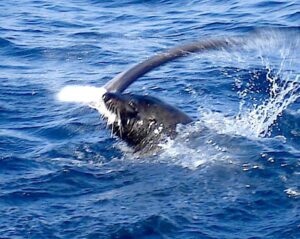 Small groups or individual seals can sometimes be seen basking on rocky outcrops or swimming about in our waters. This seal was photographed tossing a Conger Eel about while feeding in the outer bay. 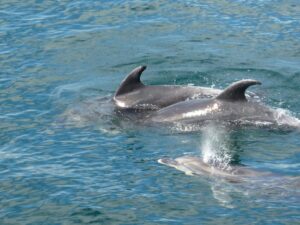 It is not unusual for us to come across dolphin while travelling to the bait grounds in the morning.

The common dolphin (Delphinus delphis) is most frequently see in open waters where as we tend to come across the larger Bottlenose dolphin in the more enclosed waters of the bay. 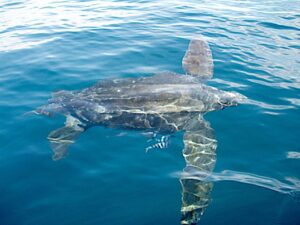 Occasional turtle sightings are another wildlife treat for the observant.

The turtle pictured is a Leatherback turtle “Dermachelyscoriacea”.

Leatherback adults average around one to two metres long and weigh from around 250 to 700 kilograms. The largest ever found however was a little over three meters from head to tail and weighed over 900 kilograms. It is a pity there is not something in the photo to gauge the immense size of this turtle but as it swam under our boat Steve could closely estimate its length to be around 2 metres making this particular turtle close to the top end size wise for this species. Leatherbacks are the reptile world’s deepest diver, discovered to be capable of descending to depths deeper than 1,200 meters. They are also long distance travelers and among the fastest reptiles in existence. 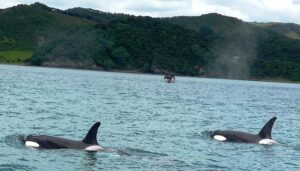 Despite its confusing name, the killer whale/Orca (Orcinus orca) is actually the largest member of the dolphin family.New Zealand is home to an estimated 150–200 individuals which travel long distances throughout the country’s coastal waters.

It can be identified relatively easily by its distinctive black and white markings and very tall, prominent dorsal fin. They can grow up to 9 metres in length, with male dorsal fins reaching higher than a metre.

Orca are typically encountered in family groups or pods. Pods are usually formed for life and can result in the development of unique dialects.
Orca hunt cooperatively and have an extremely diverse diet. 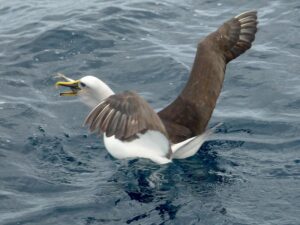 There are a number of sea birds that can be seen in our waters including Gannets, Gulls, Shags, Penguin, Albatross, Terns, Petrel and Shearwaters.
Pictured is an albatross feeding on a mackerel. 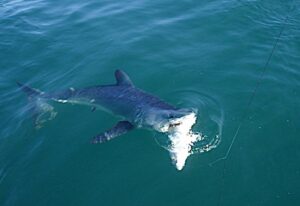 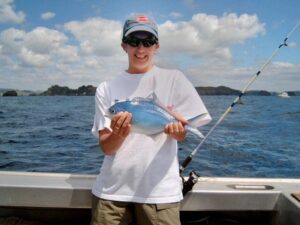 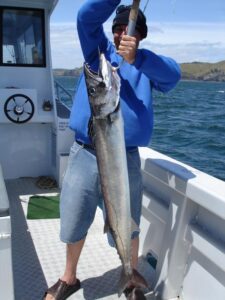 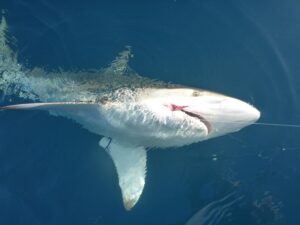 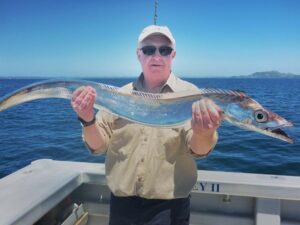 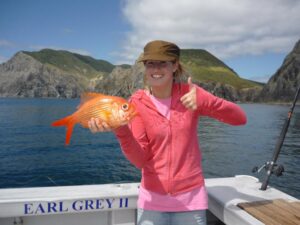 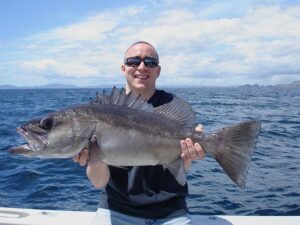 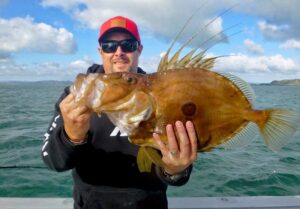 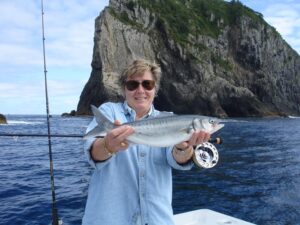 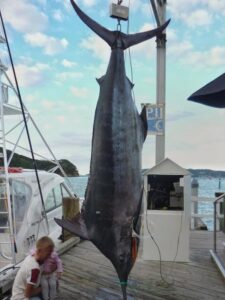 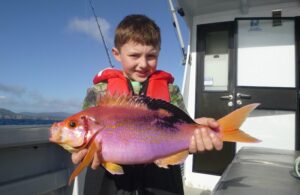 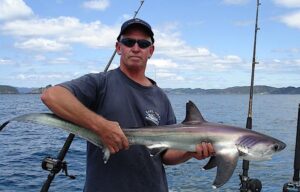 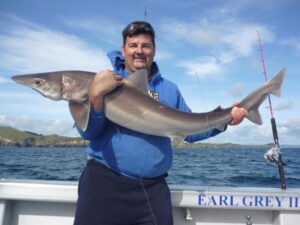 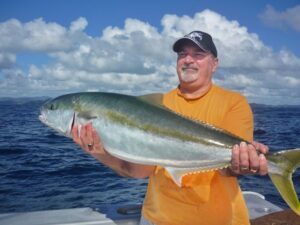