Live baiting for Yellowtail Kingfish is one of Steve’s forte’s. Pound for pound these fish have to be one of the greatest fighting fish in the ocean.

When targeting Yellowtail Kingfish, Steve will initially hunt out patches of live bait amongst the inner islands. Anglers will now get their first taste of fishing. Here Sabiki Fly rigs are used on a rod and reel to catch Jack Mackerel or Slimey Mackerel

The novice angler will find Steve gives plenty of tuition while catching live bait – a great chance to become familiar with the procedure before doing battle with Kingies.
These small mackerel are held in the live bait tank with a constantly replenishing supply of seawater so that they remain as lively as possible to attract the true bounty, Yellowtail Kingfish.

It is then onto deeper waters where a combination of live bait, cut bait, jigs (lures) or even balloons may be used depending on weather and sea conditions, fish feeding patterns and any other influencing factors indicated on recent fishing expeditions.
Not only do the live bait attract Kingfish, they also tend to attract shark action for some added excitement at various times of the year. Our angler holds up the evidence of a hungry shark or two! 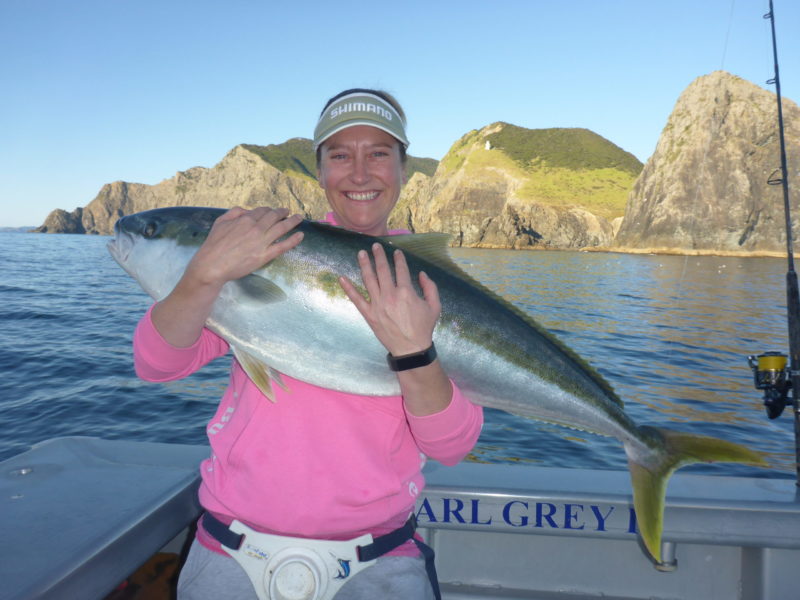 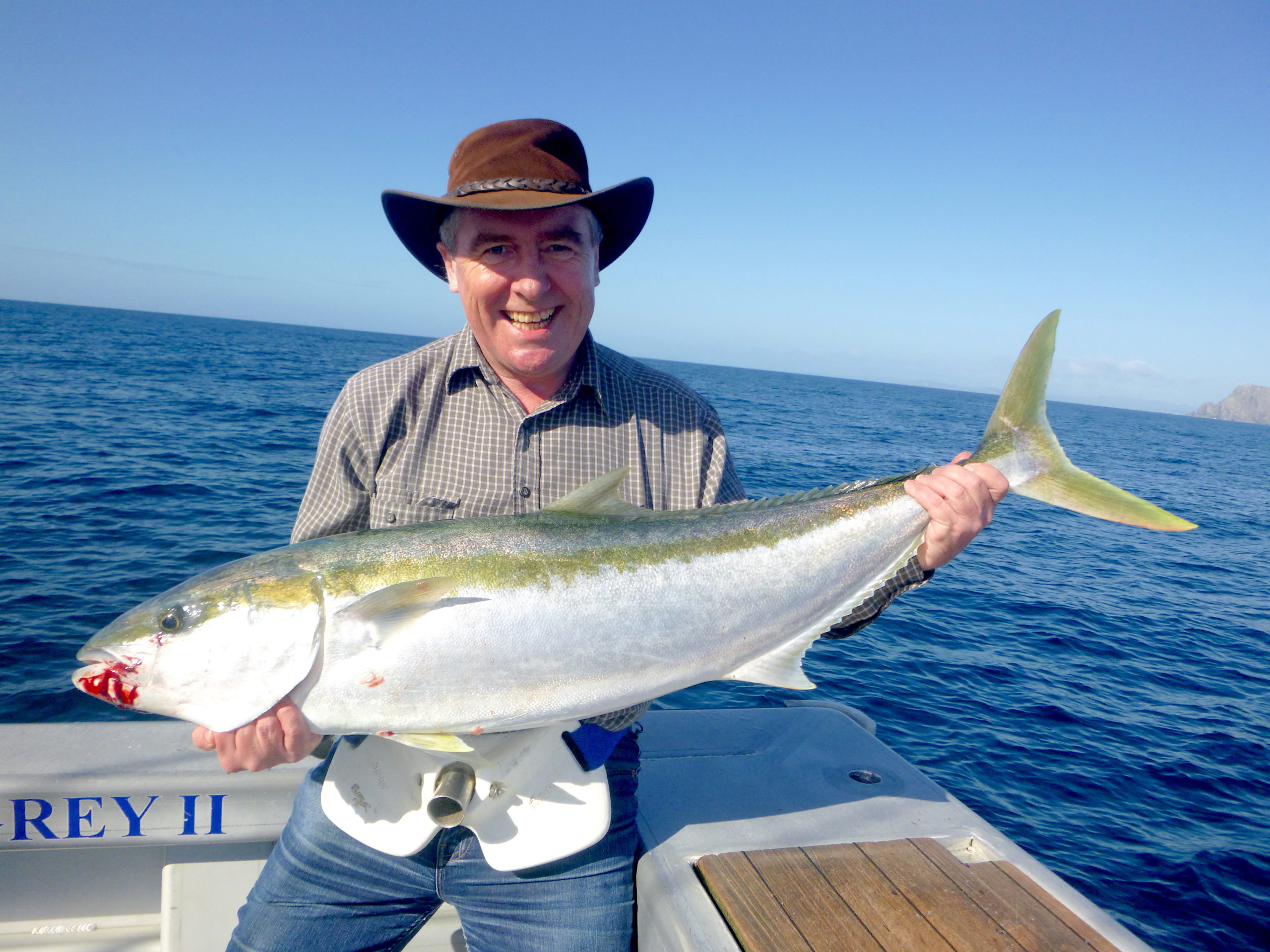